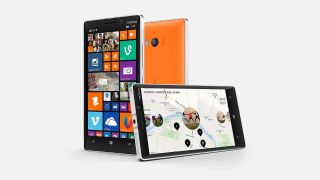 The Lumia 930 has been a long time coming. Was it worth the wait?

Windows Phone is really starting to pick up steam as the OS matures and Android levels of power have started to be packed into its handsets, the latest of which is the Nokia Lumia 930.

One of the first phones to run the until-recently-kind-of-mythical Windows Phone 8.1, the 930 is the flagship phone set to replace the ageing Nokia Lumia 925. Here's an early view of what's changed and the myriad ways in which the Nokia Lumia 930 looks to be a superior handset.

These two flagships share many of the same headline features, in that both have a premium and rather similar metal-infused design and both put a focus on photography.

However the Lumia 930's snapping smarts go way beyond what the Lumia 925 can manage, thanks to a much higher megapixel camera (20MP vs 8.7MP) and some new camera modes.

The Lumia 930 is also a truly powerful phone with oodles of speed and RAM, while the Nokia Lumia 925 put less of a focus on specs.

The Nokia Lumia 925 has a 4.5 inch 768 x 1280, 332 pixels per inch AMOLED display and it's reasonable quality, though fell some way below what was expected of a flagship even when it launched last year as it wasn't even full HD.

The Nokia Lumia 930 is, thankfully, a 1080p display. Its 1080 x 1920 display is also bigger at 5 inches, but still manages a higher pixel density of 441 pixels per inch. It's an AMOLED display, just like the Lumia 925 and both phones use Nokia's ClearBlack technology which enhances the contrast of the screen.

On paper the Lumia 930's screen should be a little tougher though, as it uses Gorilla Glass 3 while the 925 has Gorilla Glass 2. The Lumia 930 also features Super Sensitive Touch and 180-degree viewing angles.

Both Windows Phone smartphones have an aluminium frame and a polycarbonate back, though where the Lumia 925 eschewed bright colours for a choice of just black, white or grey the Lumia 930 will be available in black, white, green and orange, so you can combine the colourfulness that Lumia is known for with a premium aesthetic.

That all gives the Nokia Lumia 930 a huge advantage, but that advantage is likely to be short lived as in theory all Windows Phone 8 devices will get the 8.1 update.

The Nokia Lumia 925 came out at a time when Windows Phone wasn't trying to go toe to toe with Android on specs, but even so its 1.5 GHz dual-core Snapdragon S4 processor and 1GB of RAM felt a little lacking at launch and by this point it's barely scraping what we'd consider to be mid-range.

The Nokia Lumia 930 thankfully stomps all over it with a 2.2 GHz quad-core Snapdragon 800 processor and 2GB of RAM. It's not quite a match for say the Samsung Galaxy S5 or HTC One (M8), as it misses out on the excellent Snapdragon 801 CPU, but it's still likely to be a real powerhouse.

If there's one area where Lumia flagships tend to excel it's in their photography chops, but that said the Nokia Lumia 925 is again starting to look a bit dated here.

Its 8.7 megapixel sensor isn't likely to drop any jaws but it does feature optical image stabilisation and it's capable of some solid shots and has a bunch of different modes and editing options.

The Nokia Lumia 930 should be in a whole different league though. It has a 20 megapixel sensor along with optical image stabilisation, so you can expect much sharper photos, plus it has some new features such as 'Living Images' which turn photos into GIF-like MP4 files.

It should be better for video too as while both phones are capped at 1080p 30fps the Nokia Lumia 930 has four microphones, allowing you to record audio in surround sound.

The Nokia Lumia 925 has a significantly smaller 2000 mAh battery and with it a lesser talk time of 12.8 hours. So it doesn't like there'll be a huge difference in battery life, but every little helps and the Lumia 930 should have a bit more juice than its predecessor, especially if Windows Phone 8.1 is kinder on the power pack.

The Nokia Lumia 930 is more than just an incremental upgrade over the Lumia 925. First impressions show a phone which is far more powerful, has a much improved camera, a higher resolution screen and superior battery life.

It doesn't have any stand-out features/gimmicks like a fingerprint scanner and most of its software features will likely make their way over to the Lumia 925 before long, but its hardware is vastly superior.