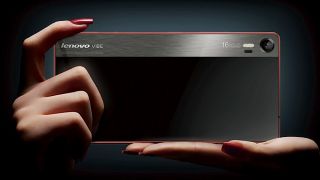 A smartphone for shutterbugs

Smartphone manufacturers put a lot of faith in the annual Mobile World Congress kicking off in Barcelona on March 2, but as usual, tantalizing renders and details continue to leak out ahead of the big event.

Taiwanese blog MXPhone (via Android Police) today reported that Lenovo is likely to arrive at MWC 2015 with one less surprise under its belt, thanks to a stack of images that appear to spill the beans on the company's latest Vibe lineup.

Out of the five models leaked, the Lenovo Vibe Shot looks the most promising, a smartphone available in white, black or red trim and powered by a Snapdragon 615 processor with 3GB RAM and 32GB of onboard storage, expandable via micro-SD.

I feel your Vibe

Lenovo's Vibe flagship for 2015 is the X3, with a luscious 5.5-inch 1080p display with stereo speakers encased in an all-metal frame, plus a whopping 20.7MP camera and a seemingly random fingerprint sensor located around back.

However, the Vibe X3 isn't technically the biggest in the batch: That honor goes to the Lenovo Vibe Max, a six-inch QHD (2560 x 1440) monster featuring a stylus described as being close to the "same size and resolution as the Nexus 6."

The report offers only scant details on the Lenovo Vibe P1 aside from the inclusion of a 4000mAh battery with quick-charge, while a beefier Vibe P1 Pro steps up the juice to 5000mAh; both models are said to include LTE and 64-bit, octa-core processors as well.

Last but not least, the Lenovo Vibe S1 will be reported for duty at the low end of the spectrum, with a selfie-friendly front-facing camera and a variety of color options; all of the new Vibes will ship with Android 5.0 Lollipop, but we'll have to wait for MWC 2015 to find out exactly where (probably not the US), when and for how much.