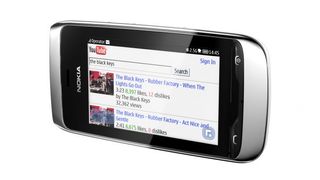 Lately, Nokia's become known for its premium flagship Windows Phone 8 devices like the Lumia 920 and Lumia 820.

But are those premium smartphones enough to compete in a market increasingly flooded with cheaper and cheaper phones?

A report from Reuters on Friday claimed that Nokia is preparing to debut a more affordable line of smartphones for this very purpose.

The cheaper Nokia phones will debut at Mobile World Congress at the end of February, sources reportedly told Reuters.

Reuters claimed that Nokia wants to "regain domination" in the cheaper subset of the smartphone market after the company's allegedly "stuttering" attempts to compete with Apple and Samsung.

The premium Windows Phone 8 Lumia line has not seen the success that Nokia (and no doubt Microsoft) hoped for.

According to figures cited by Reuters, the average selling price of Nokia's phones in 2012 was around $41 (UK£27, AU$40), with lower-end devices like Nokia's Asha line of basic phones apparently making up the bulk of its sales.

Compare that to the $600 (UK£393, AU$581) that a Lumia phone can cost without subsidization from a carrier, and you can guess where Nokia's bread and butter might lie.

That holds especially true in developing markets such as China and India, said Reuters. But ZDNet claimed that even those markets are beginning to upgrade to more advanced smartphones, and that Nokia missed its chance to thrive in new developing markets like the Middle East and Africa by focusing on the high-end Lumia devices.

Its new devices, including a rumored cheaper Lumia model, will compete with the likes of Huawei and ZTE, said Reuters.

A research report released by IDC on Thursday claimed that smartphone, tablet and PC sales rose 29 percent in 2012.

No doubt Nokia will attempt to regain some of those lost sales, if rumors of a line of cheaper Nokia phones pan out. TechRadar reached out to Nokia to see if the company could confirm any details, but a spokesperson responded that they couldn't comment on this story.

According to tech research firm Gartner, as cited by Reuters, Nokia currently holds only 5 percent of the smartphone market, compared to Samsung and Apple's collective 52 percent.

Samsung emerged on Thursday as the top seller of PCs, smartphones and tablets, beating Apple by 2.6 percent and switching places with the iPhone maker to take the top spot in the market in 2012.