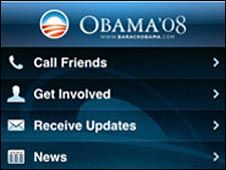 Apple's iPhone continues its relentless advance, doubling its market share of smartphones globally in just a year, according to research by Gartner.

Nearly 4 million iPhones were sold worldwide in the first quarter of 2009, compared to 1.7 million during the same period last year - giving Apple an 11 per cent slice of the smartphone market.

Impressive numbers, certainly, but still a long way behind RIM, whose BlackBerry devices account for 20 per cent of all smartphones sold, and Nokia, whose 15 million smartphones sold cements its 40+ per cent share.

However, Nokia sold only a few hundred thousand more smartphones than the same time last year, and lacks (until the N97 arrives, possibly) a convincing flagship rival to iPhone, itself due a software upgrade (at least) in June.

The Symbian OS is now found on under half of all new smartphones, down from 57 per cent share in the first quarter of 2008. HTC's phones, including the G1, represent a meagre 5 per cent share.

Traditional mobile phones did not have a good Q1, with sales worldwide slumping by nearly 9 per cent (compared to a 13 per cent gain for smartphones). Nokia, Sony Ericssion and, particularly, Motorola lost market share, with the American handset maker's market share plunging from 10.2 to 6.2 per cent in 12 months.

Samsung and LG both posted unit sale and market share gains, thanks to a good slate of affordable and touchscreen handsets.