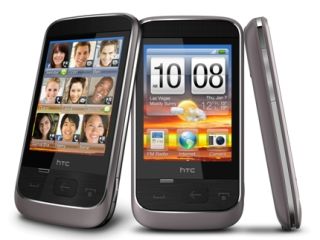 HTC has brought out its first budget smartphone, the HTC Smart, which will be given a 'more aggressive price point'.

The new phone, which we brought you news of last year, will use Qualcomm's BREW platform, also seen in the likes of the INQ Mini 3G.

What is impressive is this budget offering is still using HTC's Sense UI, which offers additional smartphone features such as social networking integration.

The release is pretty brief, with very little in the way of specifications, but given this is the same device we saw in the guise of the touch.b last year there are some things we know.

For instance, it will possibly have a 2MP camera and no video recording, and apparently no Wi-Fi on board either, but we're not sure that will still hold true with Sense on board.

However, word is the Brew-powered phone will be able to support Flash video, which would be a real boon for the company.

The Brew platform acts as a go-between for applications and the hardware, making it easier for developers to code for the phone without having to worry about the interface. This in turn helps lower the cost of the handset too, so we can expect some pretty nice price points being offered when this lands in Europe in Spring.