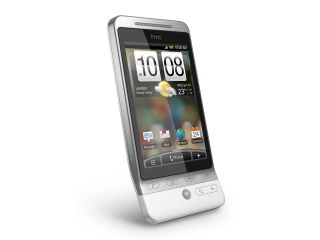 HTC Hero one of the phones accused of patent infringement

HTC has sent us a response to the Apple lawsuit, claiming that it is only focused on its own innovations.

Apple has issued the lawsuit against HTC alleging that the Taiwanese firm has nabbed a number of its patents in most of its phone range.

But HTC has issued an early statement, maintaining its stance of only using its own technology:

"HTC is a mobile technology innovator and patent holder that has been very focused over the past 13 years on creating many of the most innovative smartphones.

"HTC values patent rights and their enforcement but is also committed to defending its own technology innovations."

"HTC only learned of Apple's actions this morning via media reports, and therefore we have not yet had the opportunity to investigate the filings.

"Until we have had this opportunity, we are unable to comment on the validity of the claims being made against HTC."

Engadget has found the patents in question, and has been poring over the early files - and there are some interesting ones in there that sound quite generic to us.

These include "Time-Based, Non-Constant Translation Of User Interface Objects Between States" (which we assume means altering the home screen at different times of the week) and "Unlocking A Device By Performing Gestures On An Unlock Image" (unlocking the phone with a swipe - something we can't believe can be enforced, but hey, Apple's doing it).

Apple has apparently posted 700 pages of documentation regarding the suit to the courts, which includes nearly all the HTC range - both Android and Windows Mobile.

If you love a bit of legal-ese and want to read all the documents yourself, head on over to the PDF of all the claims - we're jiggered if we can make head nor tail of it - but we do wait the results with bated breath, so stay tuned for updates.