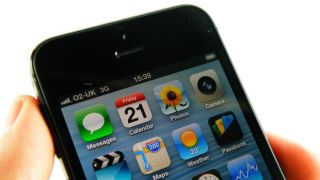 In the eye of Apple

The iPhone 5 is a 4G LTE phone, but carriers are only able to take advantage of its high-speed capabilities upon Apple's approval of the network, at least according to one.

Swisscom said it began shipping the iPhone 5 to its customers on Sept. 28, but that it still doesn't have 4G switched on for Apple devices.

This means that the iPad 3 and iPad 4 running on the Swisscom network are also affected and have been restricted to its slower 3G speeds.

This policy has been rumored since October, and today's report all but confirms that Apple is the one making decisions about 4G access, not the networks.

"Apple have put themselves in the driving seat; it's really changing the game," said NorthStream founder and CEO Bengt Nordstrom to Telecoms.com.

The head of this mobile consultancy said he was "shocked" to find out about the policy and that it proves "who is running the industry."

When a network with the iPhone 5 is restricted to 3G speeds, it must wait for a patch from Apple to switch on the faster 4G speed.

No release date has been announced for an iPhone 5 or iPad 4G patch on Swisscom's network, but the company says that there's one on the way.

"Apple will provide a software update in due course for customers with an iPhone 5 or one of the new iPads," Swisscom promised in a press release this week.

It seems as if the distribution of the iPhone 5 patch, just like the judgement of the network's 4G capability, is in Apple's hands.