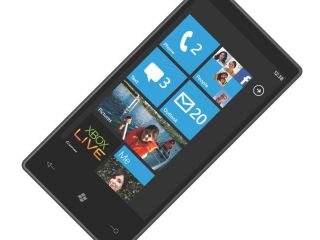 The news that Apple is suing HTC for patent infringement reminds us of a quote by the great Jack Handey: "Even though he was an enemy of mine, I had to admit that what he had accomplished was a brilliant piece of strategy. First, he punched me. Then, he kicked me. Then, he punched me again."

Make no mistake, Apple's move is brilliant - and while HTC is the apparent target, the company being punched here is Google.

Instead of going after the cash rich and impressively lawyered Google, Apple is targeting one of its key hardware partners instead. That's smart, because by going after a relatively small target Apple stands a much better chance of getting what it wants, and of doing a lot of damage to Android.

Unless Apple gets comprehensively destroyed in court, it's hard to see how this can possibly end well for Google. If HTC settles out of court - the most likely scenario - then HTC's going to have to hand over a big pile of money to Apple and other Android manufacturers will probably have to do the same.

If HTC doesn't settle, Apple could persuade the court to halt shipments of HTC phones to the US until the case is decided - and while it's a pretty remote possibility, an Apple win could force HTC to cripple its Android models' interfaces. That means until the case is over, anyone making Android phones has very good reason to be nervous.

An out-of-court settlement or an in-court Apple win would destroy one of Android's two major selling points: unlike, say, Windows Mobile, hardware firms don't have to pay a per-phone royalty to use it.

The second major selling point is the power of the Google brand, but we think that's damaged, too: just as Google's various handset partners were bringing their Android-powered phones to market, Google completely overshadowed their efforts with the hype around the Nexus One.

To put it bluntly, the Nexus One demonstrated that just because you're making Android phones doesn't mean Google won't shaft you.

The thinking behind the suit

This is different to Apple suing Nokia: that was a straight tit-for-tat, you-sue-us-and-we'll-sue-you-back bit of corporate tomfoolery. We suspect that the HTC case is colder and more clinical than that, a classic case of revenge being best served cold.

Remember when Google's Eric Schmidt was on the Apple board, claiming that there was no conflict of interest because Google wasn't a competitor? Steve Jobs hasn't forgotten, and you can bet he's smirking.

He's not the only one, though. By chucking sugar in Android's petrol tank, sticking a potato in its exhaust pipe and letting down its tyres, Apple isn't just giving Google the finger: it's giving Microsoft some reasons to be cheerful, too.

Android manufacturers such as HTC and Motorola make Windows Mobile kit, too, and Microsoft just happens to have a new version coming up - a new version whose interface, significantly, isn't sue-ably similar to the iPhone's. So while Apple is using HTC to get at Google, it's indirectly assisting its arch-enemy, Microsoft.

We were wrong, because that's nothing compared to this.

Liked this? Then check out Windows Phone 7 Series: now Microsoft has got mobile right