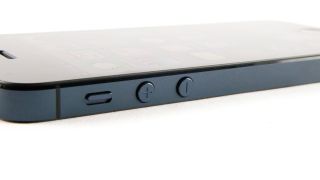 The iPhone 5S is expected to keep the same dimensions as the iPhone 5, but there's a slim chance that Apple may supersize its smartphone line with a 128GB option.

A German retail chain, Media Markt, has put a placeholder for a 128GB version of the iPhone 5 into its inventory system, according to German Apple blog Macerkopf.

The screenshot of the database listing doesn't include a model number. Instead the inventory description contains a generic xxxxxxxxx.

The mystery 128GB iPhone 5 mention could also be intended for the forthcoming iPhone 5S, speculates Media Markt. That would make more sense.

The 'every two years rule'

Apple has stuck to a pattern of doubling the iPhone storage capacity every two years.

Currently, the iPhone 5 is available in 16GB, 32GB, and 64GB. The same storage sizes were available for theiPhone 4S.

When the company introduced the iPhone 4 and iPhone 3GS, the smartphones topped out at 32GB.

The iPhone 3G and the original iPhone hit a memory ceiling at 16GB if you go all the way back to the beginning.

Continuing with this pattern, that would mean the iPhone 5S and iPhone 6 would have a maximum capacity of 128GB.

That may not happen right away, as Apple waited until earlier this year to expand the iPad 4 line with a 128GB version. It could happen mid-cycle.

We're likely to get our first chance at finding out whether or not Apple stays true to history and introduces a 128GB iPhone 5S on September 10.