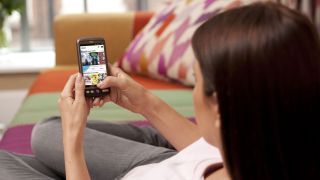 For $15, you can download emails REALLY fast! Just make sure you don't open too many attachments.

Australia's second largest ISP iiNet is no stranger to 4G, having previously offered 4G plans to businesses. But the company today has announced its consumer offerings, with four different pricing options.

Both the $45 and $60 plans include 3GB of data, with the latter offering all you can eat talk and text, while the former has $800 of included value.

As iiNet uses Optus' 4G network, the reseller will also use Optus' new TD-LTE network in Canberra in the future.

"iiNet will incorporate this new standard in coming releases of our 4G devices, so our customers can take full advantage of this awesome new technology in the coming months," an iiNet spokesperson told Lifehacker.

Of course, the network will require dual-band devices to work, as most devices and networks in Australia currently run FD-LTE network technology.