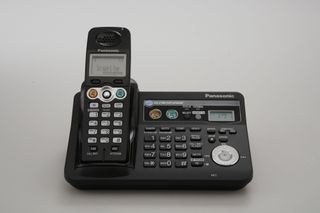 Panasonic has finally joined the internet telephone party with the launch of its first GlobaRange series of home phones.

The GlobaRange - which is being launched in 12 different countries on the same day - enables users to make free VOIP calls to their friends and family, but only as long as they're also using GlobaRange phones.

The two-model line-up features Hybrid 2-Line technology. This enables you to make and receive both VOIP and regular landline calls on up to eight different handsets at the same time

Each phone's base unit includes a standard telephone jack, plus an Ethernet connection so there's no need to use your PC when you want to make a VOIP call.