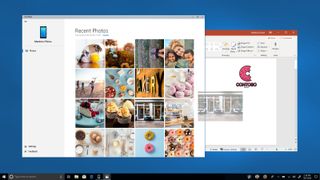 Windows 10 October 2018 Update's long, protracted release is finally over. Today, Microsoft began allowing any and every PC or laptop to download the release.

Microsoft has finally worked out the last few remaining bugs that prevented users from installing the Windows 10 October 2018 update on certain systems. Unlike most automatic updates, users will actually have to initiate a search and the download process for Windows 10 version 1809 in Windows Updates.

This is technically the fourth (and hopefully final) rollout of the October 2018 update which resolves issues with incompatible software or hardware drivers that kept some systems from upgrading. Just some of these ‘blocking bugs’ that prevented machines from installing the latest version of Windows 10 included breaking Apple’s iCloud software, certain VPN clients not playing nice and incompatibilities with Trend Micro’s security software.

Almost all issues have been resolved, but it might be best to also refer to this page, which fully catalogs every October 2018 Update Microsoft has fixed, before you download the update.