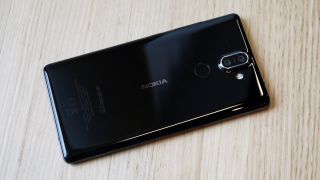 The first Nokia phone to sport a notch is seemingly about to land, as an invite for an announcement on May 16 is doing the rounds.

While the Nokia X isn’t named, the invite is in the shape of a phone with a notch at the top and it includes an image of roads making an X shape, so it’s almost certainly the Nokia X that’s being announced.

The invite, which was spotted by Nokiamob, is circulating on Baidu (a Chinese social media site), but if that’s not official enough for you the official Nokia account on Weibo (a Chinese microblogging site) has also posted an image of the Nokia X, saying that more is coming on May 16.

In fact, HMD Global (the company behind the new Nokia phones) has begun heavily teasing the handset, going so far as to show it off at a 6-day event in Beijing. All it’s showing is the design, so the specs and most of the features remain unknown, but that’s enough to confirm the notch and the otherwise almost bezel-free screen.

It’s worth noting that the design is slightly different to a previously leaked image showing a phone rumored to be called the Nokia X6, which has a less rounded design and the Nokia logo in a different position.

So it’s not clear whether the earlier leak was wrong or whether there are two notched phones on the way – but given that the X6’s rumored April 27 announcement date has been and gone we’re guessing the former.

We’ve asked HMD Global for comment on the apparent May 16 launch and will update this story if we hear anything.