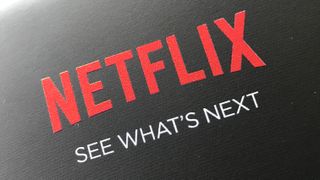 In its never-ending quest to try and serve up content you might like, Netflix is experimenting with showing users pre-roll trailers for its own shows and movies before whatever it is you've queued up - so you get previews of other attractions just like you do in a real movie theater.

Spotted by Reddit users and reported at Cord Cutters News, the "previews" last 30 seconds and can be fast forwarded if you want to get to the action that you actually selected for your viewing pleasure.

As is often the case with new Netflix features, this is only being tested with a small group of users for the time being, and there's no guarantee yet that it'll ever make the grade and roll out to everyone. Still. it's an interesting glimpse into Netflix's thinking on how it might promote its own original shows some more.

Those of you with relatively long memories might remember that Netflix tried something similar a couple of years ago. That time the trailers were met with a negative reaction from users who didn't appreciate advertising on a service they'd already paid for, even if it was only for other Netflix shows.

Now, the pre-roll trailer could be back. According to the people who've seen the previews, they're showing up on the Netflix website and on dedicated devices like Roku players. They're also picked based on your previous viewing habits.

"We're experimenting with video based on personalized recommendations for shows and movies on the service or coming shortly," Netflix said in a statement. "If we don't test, we won't learn and we'll never get better, and who wants that?"