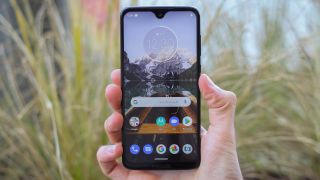 We're not expecting to hear about the Moto G8 for a few more months yet, but a new leak has given us a clearer idea of the upgrades we can expect on the upcoming family of affordable handsets.

It's currently unclear if this report from XDA Developers refers to either the Moto G8 or Moto G8 Plus (or perhaps even both), but the website has information from a source suggesting at least one of these phones will have a triple camera array on the rear.

Previously the Moto G7 and Moto G7 Plus both arrived with dual rear cameras, so it may be we see some significant upgrades in terms of smartphone photography if the company opts for three.

Although we have heard it'll be a triple camera, we don't know what specs we can expect on the rear of the phone. We'll have to wait for another report to learn about that.

It's also expected that Motorola will upgrade the chipset used in the Moto G8 Plus to the Qualcomm Snapdragon 655 over the Snapdragon 636 that was used in the last-gen device.

That's a significantly more powerful processor rumored for the G8 Plus, and while it won't be able to compete with top-end handsets it may mean we see a power boost on the Motorola range of phones.

We're not currently expecting to hear from Motorola on a new range of cheap handsets until 2020, but we'll keep you posted with any new information as we have it.