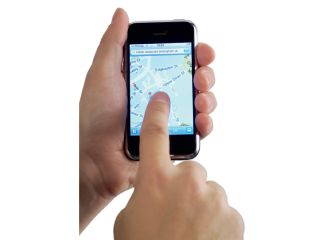 Are you AOL iPhone app-y?

AOL is trying to get with the kids – releasing a SHOUTcast Radio App for the Apple iPhone, with promises of an ICQ client in the near future.

The much-maligned ISP is hoping to make itself more relevant to the modern world with iPhone app releases, with two of its more high-profile assets being pushed forward.

"Our new SHOUTcast Radio and ICQ apps further expand our offerings for iPhone and continue our drive to provide consumers with access to our world-class products and services any time, anywhere," said Kevin Conroy, Executive Vice President of AOL.

Although rather late to the party, the SHOUTcast radio app, as you may expect, lets people listen to radio stations – more than 26,000 of them apparently.

Perhaps more enticing for those still seeking someone is the news that ICQ is set to make its iPhone debut shortly.

The instant messenger enjoyed a brief stint of popularity before being pushed aside by the likes of AIM and Microsoft's Live (MSN) messenger.

However, the service still has a vociferous user-base, and the iPhone app will apparently 'bring together all of the core features of the popular instant messaging service – including real-time IM communication and access to the Contact List – and combine them with additional new capabilities that make IM'ing from iPhone or iPod touch easy and convenient.'

Expect to see a rather nifty swipe to switch conversation feature, favourite contacts and the ability to 'easily incorporate a photo taken with the iPhone's built-in camera as an ICQ Devil.'

SHOUTcast is available now for free on Apple's iTunes with no fixed date yet set for the ICQ app – but the word 'soon' is being bandied around.