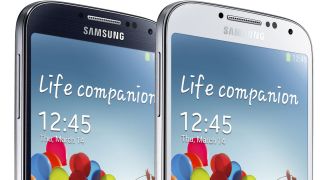 Tablets to get AMOLED tech just like the Galaxy S4?

Samsung plans to infuse its new top-end Android tablets with AMOLED display technology, just like its best-selling smartphones, according to reports today.

Traditionally, Samsung has used LCD technology for its Galaxy Tab and Galaxy Note tablets, but the Digital Daily publication in the tech giant's South Korean homeland reckons changes are afoot.

According to the report, Samsung has high-end 8- and 10-inch AMOLED tablets on deck, which it is preparing to announce early next year.

The company still plans to use LCD displays for its lower-end tablets, but the big boys are getting AMOLED from here on in.

One of the new tablets will arrive alongside the Galaxy S5 smartphone, the publication claimed.

Reports suggest the flagship Galaxy S5 may arrive as soon as January next year, with Samsung apparently concerned about slowing Galaxy S4 sales.

However, it would be a real surprise if Samsung veered from its traditional May/June release schedule for its top handset.