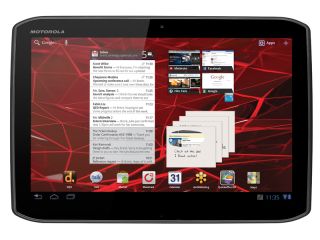 Google is set to bring a tablet to the market to rival Apple's iPad in the next six months, according to an interview from ex-CEO Eric Schmidt.

"In around the next six months we will market / bring to market a tablet of the highest quality."

It's difficult to tell whether the quote refers to bringing out its own tablet, likely under the Nexus brand, or partnering with an OEM to offer up a vanilla Android experience in Google's image.

It would make a lot of sense if Google came up with something like the Nexus Tablet as it's in the final throes of buying Motorola's device manufacturing arm - a Google-Motorola branded tablet with the most advanced Android OS on there would be a real head turner.

However, a partnership with someone like Samsung or HTC would also be highly beneficial, as there's no certainty that the Moto-Google deal will go through, and certainly not in time to bring a tablet to the market in the first half of 2012.

Schmidt also promised that the search giant would fight Apple's 'dominance' of the voice recognition market, with a rival to Siri.

He said (translated): "We have had, for a long time, the best voice translation software. We could use it to do things similar to Siri, but we're not going to talk about unannounced products. But the technology we have, we must develop it."

It makes sense that Google would want to play in the same sandpit as Apple when it comes to the tablet and smartphone market - but it will be interesting to see what Schmidt's take on a 'high quality tablet' is.