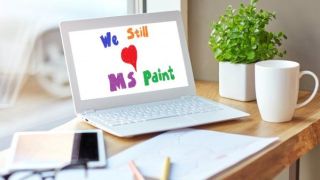 The future of Paint, the iconic app that’s been a mainstay of Windows since the very first version, has been in doubt recently, but a new leak suggests that the app will remain a part of future versions of Windows 10, although as an optional install.

That’s a bit of a downgrade for software that’s been a default app since the beginning, but at least it means Microsoft isn’t abandoning the app altogether.

While the simplicity of Paint has meant that most serious digital artists overlook it for more feature-rich art applications, the app still has a cult following thanks to that simplicity, along with a decent dash of nostalgia keeping users coming back

In preview builds of Windows 10 20H1, which is a major update for the operating system that’s coming early next year, Microsoft Paint is included in the ‘Optional features’ settings menu, which suggests that you can choose to install Windows 10 with or without the app.

It also means that Paint can be uninstalled from Windows 10, unlike some default apps that come preinstalled.

This seems like a good move that will please people who still want to use Paint, while giving others the option of not having it taking up space on their hard drive and Start menu.