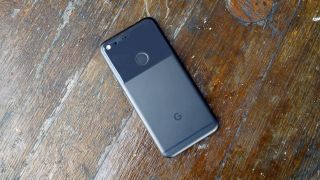 Google's follow-ups to last year's Pixel and Pixel XL are two of the flagships we've still not  seen this year - with a reveal expected October time - but judging by the specs that just leaked onto the web, they're going to be worth the wait.

The posted benchmarks show a phone with a 2.4GHz Snapdragon 835 CPU, 4GB of RAM, 128GB of internal storage space and a 12-megapixel rear-facing camera with 4K video support. On the front there's a 7-megapixel snapper.

The spec that really stands out from the benchmark listing is a 2,560 x 1,312 pixel, 5.6-inch display - not only does that suggest this is the larger XL model but it also hints that Google is joining the Samsung Galaxy S8 and LG G6 in going for a 18:9 screen.

With phone display bezels disappearing fast, that extra screen space gives users more room for webpages, movies, photos, games and whatever else they want to bring up on screen. Netflix has even started filming some of its shows in a 2:1 aspect ratio.

We're just four months away from the expected Pixel 2 reveal date and the rumors are starting to flow in: based on the speculation that's appeared so far, we're looking at a set of flagship phones that are going to be waterproof, headphone jack-less, and rather expensive.