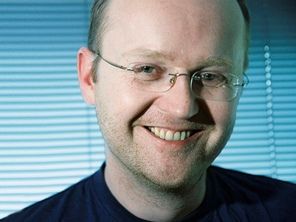 Google Chrome is a nifty little browser, but to date it's hardly had the impact of Mozilla's Firefox. That's partly because it's still Windows-only, but we suspect it's largely because you can't use extensions. Both of those things are about to change.

We know the Mac and Linux versions - the official, stable ones - are imminent, and now it seems that the Extension Gallery is ready to say hello. Mac and Linux support may not make a big difference to the numbers, but extensions almost certainly will.

Whenever we've compared Chrome against other browsers, it does exceptionally well - until it comes to expandability. We're so used to Firefox's AdBlock Plus that we're a bit freaked out when we see adverts on the Web, and we've come to depend on extensions that switch user agents or handle FTP commands. As a result, Firefox is on every machine we use for the simple reason that no other browser does what it does. Once that changes, more people will inevitably go for Chrome.

So is that bad news for Firefox? Not necessarily, or at least not yet. The immediate threat is to two other browsers: Safari and Opera. Safari's safe on the Mac - even if it were a rotten browser, which it isn't, the majority of people stick with whatever browser comes with their operating system anyway - but on the PC an extension-packing Chrome is much more appealing than Apple's typically minimalist effort.

Opera won't be chuffed either. Chrome hasn't exactly rocketed up the market share charts, but it's still beaten Opera into fifth place, with Chrome hitting 3.58 per cent to Opera's 2.17 per cent in the latest Hitslink figures. That's happened despite the many joys of the latest Opera, which outguns Chrome on everything from expandability to features, so a better, more expandable Chrome isn't going to make Opera's life any easier.

And Firefox? Chrome isn't there yet - it's competing with a browser whose libraries of scripts, add-ons and themes have been steadily growing for half a decade - but never underestimate the power of a big firm with lots of staff, lots of users and enormous pots of money. The main thing that sets Firefox apart is its expandability. With Google gunning for that, here's hoping Mozilla has another big idea up its sleeve.