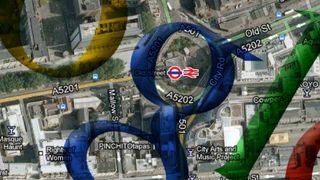 Google is actively teaming up with retailers to offer same-day delivery on items bought online, according to the New York Times.

The search giant has apparently teamed up with at least one national clothing retailer to allow shoppers in the San Francisco area to order goods and receive them before the close of play.

According to the report, Google has many other partners lined-up for the project, which is yet to be officially announced by the company.

The NYT wrote that Google has been working on the scheme for over a year and hopes to beat rival schemes from Amazon, eBay and Wal-Mart to the punch.

It isn't yet clear how Google will manage the orders, or why it is interested in pursuing this avenue, but it seems logical that it would be operated through the recently-revamped Google Shopper channel.

From there it would likely be up to the physical retail outlets within the city to get the order to the recipient in a timely manner.

So, to that end, it would be just like ordering a pizza from Dominos or Pizza Hut online.

For consumers, it would eliminate both the hassle of actually leaving the house or the office to buy the item and the agony of waiting for the purchase to be delivered in a few days.