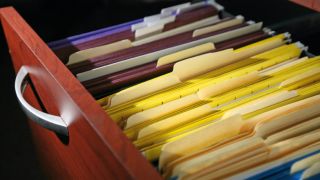 Silicon Valley's tech giants worked with the US government to 'make it easier' for them to gain access to the private data of users under the controversial Prism initiative, the New York Times reports.

Companies like Apple, Google, Microsoft and Facebook were 'compliant' with the National Security Agency (NSA) in discussions over how to enable the 'lawful' sharing of personal information, the report claimed.

According to the Times' Claire Cain Miller, the companies "opened discussions with national security officials about developing technical methods to more efficiently and securely share the personal data of foreign users in response to lawful government requests."

The article claimed that some companies 'changed their computer systems' to make the information exchanges between the government (which, apparently, the Brits could be in on too) more efficient.

The report also alleges that Facebook and Google were in discussions over the establishment of virtual secure rooms where sensitive information could be placed and easily retrieved after a government request.

The report comes following a host of outright denials from tech companies following claims they allowed the US government direct access to their servers in order to harvest information.

Those denials appears to be true, but it seems like the tech giants users trust with their most intimate data may have done everything but leave the key under the mat.

According to Miller's report, Twitter was the only company that refused to 'make it easier,' which is its right under the Foreign Intelligence Surveillance Act. Data has to be handed over, but bending over backwards to provide it is not required.

Head over to the New York Times for the full, fascinating and slightly disconcerting article.