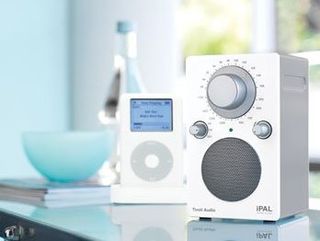 Sky Songs launches on October 19 in UK, taking on the might of Apple's iTunes and newer streaming services such as Spotify

Sky is set to take on the digital music industry with the launch of the new Sky Songs service next Monday (Oct 19), taking on the combined might of Apple's iTunes as well as newer streaming services such as Spotify and Last.fm.

Sky Songs subscribers will not necessarily have to be existing Sky customers and will pay a fixed fee of up to £7.99 a month which will entitle them to stream as much music as they like from over 4 million tunes, as well as being able to download either a full album or ten separate songs to keep.

Existing Sky customers will of course receive extra-added incentives such as free tunes to entice them to sign up to Sky Songs.

There will then be an extra fee per album or per tune on top of that if subscribers want to buy more MP3s from Sky Songs.

Pitched at the mainstream listener

Neil Martin, Sky's business development director, said that Sky Songs is pitched squarely at a mainstream audience and that he wants "millions of homes using this regularly... We're looking at a lot of the things out there, and you need to know a hell of a lot about music, or a hell of a lot about technology. For a mainstream audience, it needs to be pulled back a notch."

Sky has deals in place with the four major music labels - EMI, Sony, Universal and Warner – and a number of smaller independents. The company also plans to bring Sky Songs to mobile phones and set-top boxes.