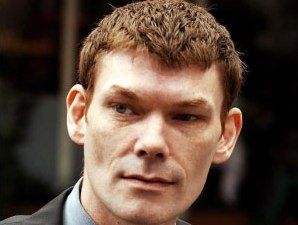 Gary McKinnon - is this man a scapegoated UFO obsessive? Or a genuine threat to US national security?

IT security specialists Sophos takes the opportunity to remind cyber-crims that hacking is officially 'A Very Bad Thing' this week, following the latest twists in the ongoing story of Gary McKinnon's long-running prosecution.

McKinnon - or the 'NASA hacker' as he is widely known - has now told the British Crown Prosecution Service (CPS) that he will plead guilty if prosecuted in Britain, which means the threat of extradition to the USA is increasingly unlikely.

A recent poll conducted by Sophos "asking IT professionals whether they thought he should be extradited to the US revealed a near 50/50 split with less than half (48 per cent) in favour of extradition, compared to 52 per cent against."

"McKinnon has had tremendous support from the hacker community and even ordinary people - many IT workers have a lot of sympathy for his ongoing plight and would rather see him tried in Britain as opposed to the US," said Graham Cluley, Senior Technology Consultant at Sophos.

"Any form of hacking is illegal and should be punished as such, and hacking into US government networks is bound to come with harsh repercussions – anyone thinking about engaging in these types of activities in the future should think twice. This man's sorry tale should warn other would-be hackers that they are playing with fire if they break into sensitive networks, and shouldn't be surprised if the full force of the law goes after them."

McKinnon has continued to claim he hacked into government networks to find out info about anti-gravity propulsion systems and UFOs he believed were being deliberately hidden from the public. Perhaps he had watched too many episodes of the X-Files in one go?

In contrast, US authorities continue to claim that he stole 950 passwords and deleted highly sensitive files at a naval base in New Jersey.