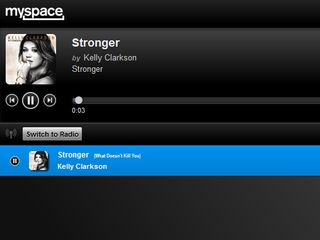 Rumours of MySpace's death have been greatly exaggerated – at least, that's what the company is expected to announce today with the news that it has signed up one million new users since December.

The reasons for the renewed interest stem from a new music player, which was launched in December and puts the site in competition with streaming services like Spotify and Last.fm.

The New York Times reports that this does seem to be the strategy, with Vanderhook adding that MySpace isn't out to compete with Facebook (something it has already failed at) but to "be the conduit for music and other forms of entertainment that can be shared through other networks".

Tim and Chris Vanderhook worked with Justin Timberlake to pick MySpace up for a song last year, paying News Corp $35 million for it just six years after Murdoch's empire bought the network for $580 million.

So it may not matter that MySpace tumbled out of the top social networks in December, given that it's no longer trying to be one.

In January, it emerged that the MySpace still garners more unique visitors a month than Google+ and Tumblr – it may not be time to crack out the bubbly, but it looks like there could be life in the old MySpace dog yet.

From New York Times via The Next Web