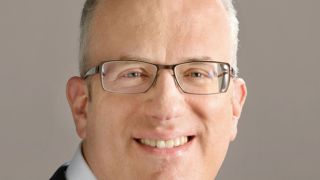 Brendan Eich, the recently appointed CEO of Mozilla, has quit the post following a huge backlash over a 2008 donation in support of a ban on gay marriage in California.

Eich, a Mozilla founder and former chief technology offer who rose through the ranks to the top job, had vowed to stay on in the position, despite protests from the non-profit's staff over his appointment.

However, it appears the crescendo of calls for his head have caused Eich to admit defeat, with the company announcing his departure from the company, including his position on the board, with immediate effect.

In a blog post Mozilla apologised for failing to live up to the "high standards" it had set for itself by not acting sooner in the immediate aftermath of the controversy.

"Mozilla prides itself on being held to a different standard and, this past week, we didn't live up to it. We know why people are hurt and angry, and they are right: it's because we haven't stayed true to ourselves," wrote executive chairwoman Mitchell Baker

"We didn't act like you'd expect Mozilla to act. We didn't move fast enough to engage with people once the controversy started. We're sorry. We must do better.

"Brendan Eich has chosen to step down from his role as CEO. He's made this decision for Mozilla and our community."

Baker said the Mozilla board is "still discussing" how the company will proceed when it comes to naming a new CEO. The company may now cast a wider net for Eich's replacement.

Last weekend half of the board quit their positions in protest at Eich's appointment. Reports claimed they sought a mobile-focused external candidate to take the company forward and push the Firefox mobile OS.

Should a candidate who fits that bill arrive following Eich's departure, it may open the door for those board members to return to the fold.