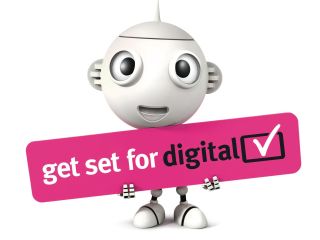 Microsoft is set to trial a new type of Wi-Fi this week, which uses the white space spectrum to bolster wireless connectivity for smartphones.

The computing company will use frequencies within the 470MHz to 790MHz range – a spectrum which was initially given to digital TV companies but has so far not been used.

The trial will see if pushing a Wi-Fi signal through a spectrum so close to digital TV will harm television signals and is being seen as an alternative to both LTE and current Wi-Fi.

The idea that white space could help with mobile broadband was first proposed by Ofcom back in 2009 and is something the US has been pondering since 2008.

The trials are taking place in Cambridge this Wednesday and will be closely watched by a consortium that includes the BBC, BSkyB and BT.

"Spectrum is a finite natural resource. We can't make more and we must use it efficiently and wisely," said Microsoft's Dan Reed to the FT.

"The TV white spaces offer tremendous potential to extend the benefits of wireless connectivity to many more people, in more locations, through the creation of super Wi-Fi networks."

Even if the trials are a success, it is not thought that the white space spectrum will be used on a mass scale, but more for rural areas and selected towns and cities.