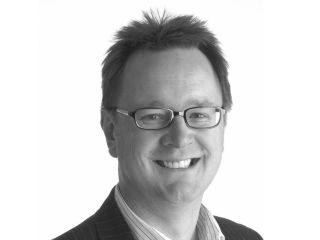 Could Project Kangaroo be stillborn? The commercial equivalent of the BBC iPlayer seems to be beset with difficulties, the latest of which has seen figurehead Ashley Highfield leave for a position heading up Microsoft's UK web services across all platforms.

What's more, Project Kangaroo – which will carry commercial content from BBC Worldwide as well as programming from ITV and Channel 4 – is also being investigated by the Competition Commission as it seeks to prevent the broadband TV market being dominated by large players.

The investigation means a launch is unlikely until the second half of 2009, while we believe a later launch must be a distinct possibility.

Highfield only left the BBC earlier in the year where he was responsible, as Director of Future Media and Technology, for the iPlayer itself. He took up the position at Kangaroo in July, when I labelled it his greatest challenge.

What about the cost model?

I still question whether there is an effective cost model that suits all parties, from BBC Worldwide with its need to offer an alternative to its DVDs, to ITV who will simply not want to get lost in an age of the iPlayer and falling offline ad revenues – especially when it seems Kangaroo will apparently link to iPlayer programme content. ITV has already made strides with streaming via ITV.com, but it simply isn't enough.

One thing is for sure, Highfield's temporary replacement, Rod Henwood, will have an difficult task on his hands – and it'll be interesting whether the brains behind 4oD can keep Kangaroo on track.

Highfield himself has come under fire for his Microsoft move, with one commenter on MediaGuardian.co.uk summing up the critics: "A man who outrageously handed over millions of pounds of licence-fee payers' money to outrageously try and tie us all into Microsoft's media systems and DRM etc., finally gets a cushy well-paid job at Microsoft!"

However, there will always be those who snipe at achievements – and few could say that Highfield didn't do well with getting the already ubiquitous iPlayer off the ground.