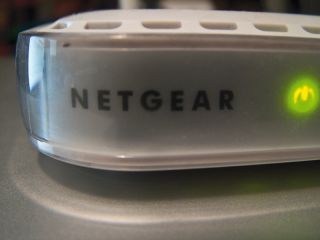 Netgears of war: watch out for online cyber-threats

The telecommunications arm of the United Nations has been discussing the future of cyber-security, asking nations to batten down their internet hatches and prepare for an online war.

Speaking at the ITU Telecom World 2009 conference, the boss of the UN International Telecommunications Union (ITU) Hamadoun Touré explained: "The next world war could happen in cyberspace and that would be a catastrophe.

"We have to make sure that all countries understand that, in that war, there is no such thing as a superpower."

Outlining the seriousness of a web war, Touré noted that the "loss of vital networks would quickly cripple any nation, and none is immune to cyber attack."

One way that nations can prepare for cyber-attacks, explains Touré, is the most obvious one – better online security. "The best way to win a war is to avoid it in the first place," he explained to delegates at the conference.

It seems the message is getting through, as according to the Associated Foreign Press, US Secretary for Homeland Security Janet Napolitano has ordered 1,000 cybersecurity bods to look after America's online security.

Other nations bolstering their security for the web include South Korea, who are to begin training 3,000 'cyber-sheriffs'.

Cyber security has been highlighted this week after it was revealed that thousands of Hotmail accounts had been hacked into. Google, Yahoo and AOL have also had their security compromised.