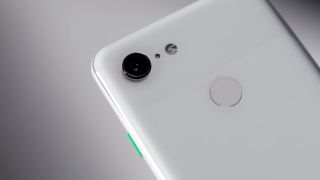 All Google Pixel 3 and Pixel 3 XL handsets will, over the next few days, receive a camera app update which will bring with it a new feature; Night Sight.

This is Google's answer to Night Mode on Huawei's latest flagship phones, and it makes bold claims that it can significantly brighten up poorly lit situations for a clearer picture.

So how does it work? We'll let Google explain: "Night Sight constantly adapts to you and the environment, whether you're holding Pixel or propping it on a steady surface.

"Before you press the shutter button, Night Sight measures your natural hand shake, as well as how much motion is in the scene.

It's not just the single 12MP rear camera on the rear of the Pixel 3 and Pixel 3 XL that will benefit from Night Sight though, with the dual front cameras of both handsets also getting the mode added to their arsenal.

Your Pixel handset will suggest using the Night Sight mode if it detects a low-light situation, and you'll be able to tap the on-screen prompt to jump straight into it.

You will need to hold the phone still, before during and after tapping the shutter key, to allow the phone to pull in as much light as possible - so ask your subjects to keep still for a few seconds for a blur-free shot.

We'll be putting Night Sight to the test once it's landed on our Pixel 3, so keep an eye out for a review update which will include our full, in-depth findings.