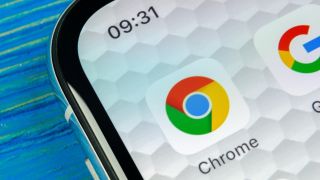 After activating Chrome Sync (a tool that saves bookmarks, passwords and other info to a Google account), APP members will see a warning if they attempt to download software that's potentially dangerous. In some cases, Chrome may block the download entirely.

APP is designed for people like politicians and CEOs, who are more at risk of having their Google accounts attacked than the average web user. However, anyone who's particularly privacy-minded can sign up.

The service itself is free, but you'll first need to buy and register two hardware security keys (a main one, and a backup) so you can protect your accounts using two-factor authentication. A hardware key an important line of defense against phishing attacks, because it not only verifies your identity, but also that of the site or service you're attempting to log into.

The Advanced Protection Program update comes just a few days after Google rolled out its own Titan Security Key in the UK, France, Canada and Japan. The key was previously only available in the US, where Google itself used it to help employees lock down their accounts.

People with access to sensitive information (such as Google staff) are often subjected to highly targeted phishing attacks, involving emails containing personal information and appearing to come from friends or colleagues. Links in these emails take the targeted person to a fake login page that sends their username and password to a malicious third party,

Google claims that there have been no successful phishing attacks against its workers since it introduced the keys.