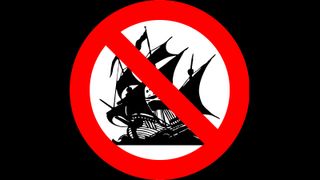 UK internet users will soon find it much harder to access pirated content via leading search engine's results thanks to a new code of practice created by Google and Microsoft’s Bing.

Said to be the first of its kind in the world, the code of practice is the result of talks between the tech giants, the entertainment industry, and the UK government.

Out of sight and out of reach

According to the BBC, though Google has signed up to the code, it believes it’s a sufficiently “active partner” in the current fight against piracy and remains “committed” to continuing this fight alongside rights holders.

At the moment in the UK anti-piracy measures include court-ordered site blocking, education campaigns and efforts to curb the appearance of advertising on illegal sites.

This new agreement from Google and Bing will supplement these government efforts to reduce the number of visitors to these sites by directing internet users towards legitimate sites rather than pirate sites.

According to Eddy Leviten, director general at trade body the Alliance for Intellectual Property, people are sometimes “unwittingly” taken to pirated content when searching for something. With this new code he said the intention is “to ensure [...] that the results at the top of the search engines are the genuine ones.”

Of course, anyone actively seeking out pirated content and sites that host it will still absolutely be able to find both.

However, a move like this will at the very least reduce the likelihood of internet users stumbling across it accidentally and will raise legitimate options to their attention.

The code is expected to come into effect this summer.