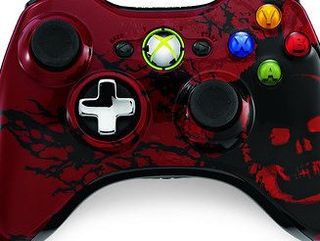 Microsoft has had a difficult time competing with Sony and Nintendo at E3 2011. It's was only one of the three major gaming console companies not to reveal new hardware.

Nintendo pushed its new Wii U home console, while Sony was heavily promoting its latest PlayStation Vita handheld. That left Microsoft at something of a loss when it came to grabbing the new hardware headlines.

All about Xbox Kinect

It has been "something of a consolidation year for Microsoft," according to Mike Channell, deputy editor of Official Xbox 360 Magazine.

"Finger tracking and object scanning have been discussed as possibilities since Kinect was first announced as Natal and while Kinect Fun Labs are tech-demo widgets, they'll be backed up with libraries so that games developers can take advantage."

And for the hardcore crowd, "Gears of War 3 is still an unstoppable juggernaut and the announcement, not just of Halo 4 but a whole new trilogy and a remake of the original game, means that even though Bungie has been bagged by Activision the Xbox faithful have plenty to look forward to.

"Battlefield 3 is definitely looking like a strong contender for game of the show. While it's unlikely to dislodge Modern Warfare 3 from the top of the charts, it's a statement of intent and looks like a far more exciting and interesting military combat game than Activision's effort."

On top of all that, there were some genuine gaming diamonds on display at Microsoft's E3 2011 conference, including Forza 4's teasing of some interesting integration with Top Gear, a major coup for Microsoft.

As the OXM man reminds us: "Mass Effect 3 looks absolutely stunning. Not entirely sold on using Kinect during the conversations, but for quick squad command during battle it'll be enormously useful."

So with no further ado, here are TechRadar's definitive top ten Xbox 360 games on show at E3 2011: