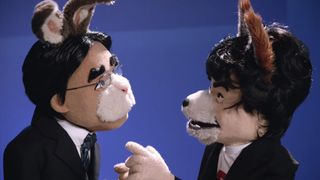 It's been a week since we heard the sad news of Nintendo president Satoru Iwata's passing. Iwata was a games industry genius, an incredibly kind-hearted man and a figure who inspired such feeling in people that thousands turned up to his two-day funeral. An outpouring of genuine, heartfelt sorrow, thanks and love took over social media, with many telling stories to illustrate how much Iwata meant to them, and others talking about how he inspired them, often in ways they didn't even realise until they were much older.

It would be impossible to write this column without mentioning the man who helped turn Nintendo into the Muppets they are today (no, literally, they were Muppets). Partly because gaming wouldn't be where it is today without his insight and talent, and partly because I wouldn't be working in games, either. Nintendo was a huge part of my childhood, and part of the reason it's still so easy to love the company is its friendly, easygoing and cheerful approach to its fans, led by Iwata in all his banana-gazing ways.

If you've seen some of the tributes already, you'll know how much of an influence Iwata had on Nintendo's personality as a company. The daft and loveable E3 presentations that are easily a highlight of an otherwise fairly dry week, and the decision to take their consoles away from the high-fidelity, graphically-enhanced race to the top and focus instead on innovation in play styles, are both as Iwata as a bunch of long, yellow bendy fruits.

The Wii U's low sales and sparse release schedule have long been a joke in an industry that's been conditioned to value crisp lines and verisimilitude, but the fact remains that both the Wii and the Wii U were daring, creative decisions to make. When everyone is looking one way - towards Nathan Drake's increasingly contoured face - trying to get everyone to look the other at your motion-controlled remote and your tennis game populated by cartoon humans is… well… it's mad.

It takes a brave, smart and confident person to go through with a decision like that. Putting out a console that's so radically different to anything that exists or has ever existed terrifies both consumers and publishers - one of the reasons the Wii U isn't doing so well, sadly - but with the Wii, it did the exact opposite.

Developers rushed to create something fun, something silly, something new, after years of the same brown crouch-and-shoot stuff getting repeated ad nauseam. There was a market for all that, of course (teenage boys, mostly), but what Iwata realised was that there were more people out there than just the teenage boys.

It's a stupidly simple equation, really. If you take out the main demographic for Xbox and PlayStation, what are you left with? Most of the rest of the world. In particular, Iwata aimed the Wii at children and their mums. No one had ever really considered mums before. And I know it worked, because I have a mum, and to this day the only console she has sitting next to her Sky box is a Wii.

The Wii, and in particular the decisions and reasons and marketing behind it, is responsible for a lot of things today - whether that's the broadening of audiences in gaming or indie games that reject the "traditional" path of guns, combat and the whole "realistic = better" thing.

But it brought something more personal, too. Nintendo has long been a company that puts its fans before its shareholders, and Iwata's family-friendly approach made gaming a much more welcoming, friendly place than before. "Above all, video games are meant to just be one thing," he once said. "Fun for everyone." Let's hope that Iwata's positive influence can continue to make games, and gaming, fun for everyone.