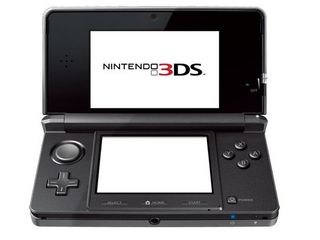 Satoru Iwata claims that the ability of Nintendo's new handheld to play 3D videos and movie trailers is going to be a key part of its success.

The Nintendo boss outlined his thinking about the 3DS' media potential in the latest Iwata Asks series of interviews – in which Iwata was speaking with feted developer Shigeru Miyamoto and Mother creator Shigesato Itoi.

Nintendo's top brass is particularly keen to stress that the slow take-up of 3D in the home to date is down to the high cost of 3D TVs, something that the Japanese gaming company is confident it can rectify with 3DS.

"People making 3D content today are having trouble because of a lack of output," Iwata says. "While 3D televisions are on sale, I don't think 3D televisions requiring the use of special glasses will catch on that quickly. From the point of view of consumers, this is a big attraction. They don't have a device at home for playing 3D images."

"When we show Nintendo 3DS to people in Hollywood, they're intensely interested," Iwata added. "I think lots of people would be happy if they could watch things like 3D movie trailers on their Nintendo 3DS."

In particular, the 3DS' Spot Pass system which allows content to be delivered to the device over Wi-Fi while the console is in sleep mode, is of interest to 3D movie producers in Tinseltown.

Miyamoto explains that this means "when the owner wakes up in the morning and turns on the system, a new video is waiting."

The Nintendo 3DS launches in Europe 25 March, with the price still to be decided by retailers, expected to be in the region of between £220 and £230.