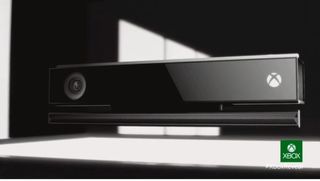 Ballmer goes on a charm offensive with Hollywood execs

Microsoft CEO Steve Ballmer has given Hollywood executives an 'intimate preview' of the Xbox One console in a bid to secure exclusive deals for front-line entertainment, a report out today said.

Industry bible Deadline reports that Ballmer made the short trip south from Redmond to Los Angeles to reaffirm his company's commitment to bringing the best entertainment content to the new console.

The article claimed the CEO accompanied the head of Microsoft Entertainment Studios Nancy Tellem on to sell "what we could do with the Xbox One" in sport, music and TV to bosses at Sony, CBS and more.

The reported meetings explained the how the new Kinect 2.0 sensor's voice and motion controls could be used to spawn next-generation apps and services for the console, the source claimed.

Deadline's insider noted the trip reiterated "Microsoft's commitment to transitioning its business to devices and services and to explaining that Hollywood entertainment is a big part of that. Microsoft in the past has just dipped a toe but now has a real commitment."

Microsoft spent much of its Xbox One launch event on May 21, explaining the entertainment aspects of the Xbox One, much to the chagrin of hardcore gamers.

The company already has an exclusive deal in place with the National Football League, while Steven Spielberg will executive produce a live action TV drama based on the Halo game franchise.

The new box will also integrate fully with the user's cable or satellite TV set-top box, enabling them to interact with apps like Netflix and HBO Go at the same time as browsing TV listings.

The focus is expected to turn to games at the E3 expo next Monday June 10, where Microsoft will make a second keynote address.