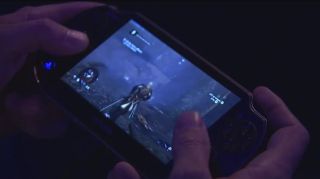 Will Remote Play from the PS4 be a selling point for PS Vita?

Sony dropped some news about several upcoming PS4 features and services at its Gamescom press conference in Germany today, including Sony Music Unlimited, PlayStation Plus, Twitch and Remote Play.

The presentation opened with a rather lackluster and lengthy demonstration of the PlayStation 4's UI, followed by a lengthy discussion of games.

But these services got plenty of love as well, with the announcement of Twitch integration on PS4 providing a high point toward the middle.

TechRadar previously explored whether Twitch will appear on PS4, given its high-level integration on Xbox One, and today our speculation was confirmed.

In addition to integration with Twitch's game footage broadcast services, Sony revealed how its Sony Music Unlimited service will be integrated in the new console.

The service will be accessible easily via the PS4 controller's PS button, and users can listen to music in the background while playing games.

Another exciting announcement is the revelation that "almost" every PS4 game will feature Remote Play - meaning games can be streamed over Wi-Fi from the PS4 to the PS Vita for portable play.

A similar feature using the Wii U's GamePad controller has been a major bullet point for Nintendo's console, and if big N wasn't worried before it certainly is now.

PlayStation Plus, the subscription service that in the next generation of PlayStation will be required for most online games, also earned some mentions.

PS4 owners will get a 14-day free trial to PS Plus, and games like The Binding of Isaac: Rebirth, Assassin's Creed 3, Driveclub and Resogun will be free on the service.

In addition, those who sign up now will get an additional 90 days of Plus service for free.