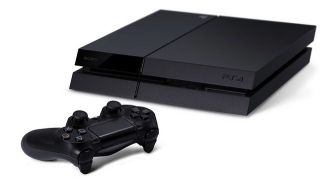 Sony has announced that its PS4 will cost $549 in Australia and $399 in the US when it goes on sale later this year.

The Xbox One, meanwhile, was priced at $599 in Australia ($499 in the US) earlier today, making Sony's PS4 only $50 cheaper than Microsoft's console. Gamers moaned and groaned that Microsoft's console was too expensive, but you do get a Kinect along with the system and Gamepad.

Sony still hasn't given the PlayStation 4 a release date, but we're certainly leaving its E3 press conference with more in our pockets than we had before. Look for the machine to hit stores towards the end of the year.

Not only did Sony announce a number of big name titles heading to its console, including the PS4 and PS3 exclusive Final Fantasy XV, it didn't miss the chance to do the exact opposite of Microsoft on a number of features.

Among them is that there will be no need for an online check-in, even for authentication purposes, unlike the every-24-hours requirement of the Xbox One.

The PS4 also has no used game restrictions, and owners will be able lend a game to their friends, trade it in at retail or sell it.

Besides these revelations, a reasonable price and a number of exciting franchises heading its way, the PS4 vs. Xbox One battle may rage even fresher than before.