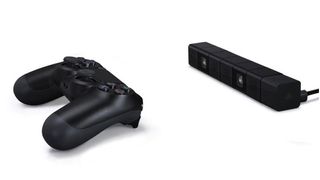 The PlayStation Eye camera will not be bundled in with the PS4 when it launches later this year, allowing the company to significantly undercut the price of Microsoft's

However, it has emerged that Sony is planning on putting less in the box than Microsoft.

The Japanese company selling the $59.99 (UK£44, around AU$62) camera peripheral, which enables motion gaming and video calling, separately from the system itself

Microsoft, on the other hand, has chosen to make the new Kinect sensor an essential part of its new console and is not offering a version of the console without the motion sensing accessory.

The decision will be seen as a smart move on Sony's part, given that the PlayStation Eye isn't as integral to the PS4 as Kinect is to the new Xbox.

Also confirmed on Tuesday was the presence of an 500GB harddrive within the PS4, matching Microsoft's console. Sony has confirmed that the storage will also be upgradable.