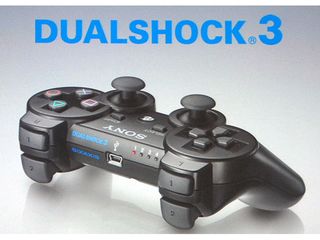 The new DualShock 3 controller brings the rumble back to Sony.

After months of speculation, Sony finally announced [PDF link] that it is to sell a vibrating PlayStation 3 controller in Japan from November and the rest of the world from spring 2008.

The DualShock 3 controller was officially unveiled this morning at the Tokyo Game Show 2007 in Chiba, west of Tokyo, just hours after being accidentally made public by Electronic Arts when showing its new PS3 games.

The lack of a rumbling device for the system over the 10 months since it launched has been put down to litigation between Sony and Immersion, which claimed the Japanese giant had infringed its copyright. In announcing the DualShock 3, Kaz Hirai, Sony president and CEO, said the delay had been due to engineering issues that had been now resolved.

Although pricing has yet to be decided for the Bluetooth controller, several games in development are already compatible, while older titles can be made ready to rumble through downloaded PlayStation Network updates.

At the same press event, Hirai also gave details of new functions for the PlayStation Portable, including the ability to use it to remotely switch the PS3 on and off and to act as a viewer of whatever action is taking place on the console.

Disappointingly for most PlayStation fans, Hirai also emphasised that the PS3 would not be seeing a price cut in the near future. Knowing Sony, we can probably expect one sometime next week then.