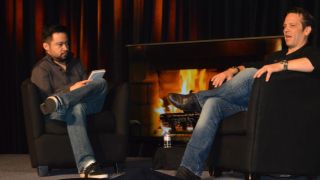 Microsoft's new Head of Xbox Phil Spencer has admitted the company got plenty of things wrong in the build up to the Xbox One console's release last year.

In an interview with Xbox Live boss Larry Hyrb (aka Major Nelson), Spencer said the company is revisiting those decisions in order to the give console the stamp of the gamer.

He said: "There is a lot of learning that I did as a leader in the organisation, when I just heard how our message resonated with people and some of the decisions that we made, that I think were actually the wrong decisions, and we had to revisit those decisions.

Spencer didn't specify which decisions in particular, but the initial plan to require always-on internet connectivity, region-locking the console, strict DRM restrictions on games and a huge multi-media focus were widely criticised.

One of the ways Microsoft plans to redeem the situation and begin the process of reeling in the market-leading Sony PS4 is to renew its focus on gaming, starting at E3 next month.

He added: "E3 is a big time in our industry. We know that this E3 is really important for us.

"People are looking for 'okay, what is this change in Xbox, and what does it mean to have a Head of Xbox that's really focused on games?' E3 is a great gaming show and I want to make sure that when we're there, the fans hear us and understand why we're there."