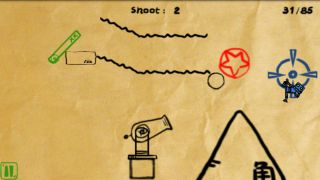 A study found that men are more likely to make in-game purchases, though women are more inclined to play them in the first place

Sometimes temptation gets the upper hand, especially for players of games that use the free-to-play, or "freemium," business model, according to the NPD Group.

Freemium games cost nothing to download or play through a browser, though they often dangle unnecessary but alluring in-game purchases in front of players.

Those without the will or desire to resist can rack up impressive bills, boldly defying that "freemium" label.

Such is often the case, apparently, as the NPD found that 40 percent of freemium gamers made in-app purchases at one time or another.

The study surveyed 6,416 people, ages 2 and older, and also found that men are more likely to make in-game purchases, though women are more inclined to play them in the first place.

While 84 percent of freemium players tend to stick with the business model after initially trying it, males ages 13 to 34 are more likely than females to simply stop playing freemium titles altogether.

In addition, the study found that players who do make in-game purchases tend to do so within a month of starting to play. And, among gamers who are aware that freemium games exist, only 15 percent choose not to play them.

Another study, conducted by research firm IHS in January 2012, found that in-game purchases totaled $970 million last year and predicted that that could grow to $5.6 billion by 2015.

The number of freemium games popping up in unexpected places is further proof of the increasing dominance of the free-to-play business model. What's more, in addition to iOS and Android apps, the Amazon Appstore recently implemented in-app purchase capabilities.

Even more traditional games, such as popular PC first-person shooters, Tribes: Ascend, Team Fortress 2 and the upcoming Firefall will be free but offer in-game purchases to bolster the experience.

As if any more proof of the effectiveness of the dangling carrot was needed, the NPD study found that a whopping 38 percent of the total US population over the age of 2 is taking advantage of the free-to-play business model in one way or another.