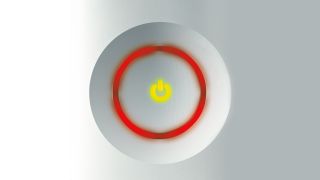 X no longer marking the spot?

The results were a surprise to analysts who were predicting a slump, but a strong quarter for Windows has managed to put some shine on the family silver – even wiping off the mucky fingerprints left by profit dips from both Bing and the entertainment division, which houses Xbox and Windows Phone.

Windows 7 still seems to be going strong managing a 4 per cent rise to $4.6 billion (£3 billion) - impressive, considering Microsoft was facing some rather negative financial folk predicting a 4 per cent decline.

Not doing so well is Bing, which is still a loss maker for the company. Revenues for the search engine dropped $784 million to $707 million (£440 million).

But the biggest surprise was the loss made by the entertainment division. Considering Xbox is always a money spinner, profits here dropped 16 per cent to $1.6 billion (£996 million).

Given that overall Microsoft survived its fourth quarter intact, the company was upbeat about the figures, promising more to come in 2012, what with the launch of Windows 8.

"With an unprecedented refresh of the Windows product line... we expect to take share as businesses maximize IT infrastructure," said chief financial officer Peter Klein.

"Consumers will see on-going innovation in Xbox, Skype, Windows Phone and Bing. Our product portfolio is stronger than it has ever been."

You can bring a horse to water…