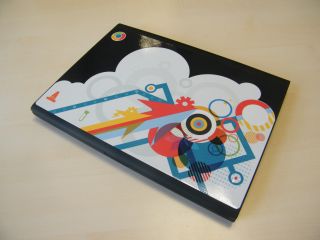 Google, will it keep the Chromebook name?

Google has found itself with a lawsuit on its hands over the Chromebook name, with ISYS Technologies saying the word is too close to some of its own trademarks.

The lawsuit has been set up because it has rights to ChromiumPC, a title it feels is being nabbed by Google with Chromebook.

ISYS Technologies has asked for a temporary restraining order on any manufacturer that is associated with Chromebook – this includes Google, Acer, Amazon.com, Best Buy and Samsung.

A statement from Kirton & McConkie, which is the lead attorney on the lawsuit sheds some light on Google and how it acquired the Chromebook name and also some information on Speedbook – the name Google originally wanted to use for its netbook range.

"When Google's plans to use Speedbook for a new PC hardware product were derailed by the owner of another Speedbook mark in late 2010, Google switched its behind-the-scenes efforts to Chromebook for PC hardware products while delaying ISYS' trademark registration by filing unnecessary extensions of time until Google publicly launched its new hardware PC products on 11 May," explained the statement.

"This causes damage and irreparable harm to ISYS. ISYS seeks an expedited review of the matters, invalidation of Google's claims to rights in the mark Chromium and an injunction to prevent the sale of computer hardware by Google bearing a mark confusingly similar to ChromiumPC, namely."

The lawsuit is similar to what happened with Smartbook, a word Qualcomm wanted to use to describe a range of portable computers. This idea was scuppered by Smartbook AG as it forced legal action.

The whole affair came to a a close in February this year, after nearly two years of legal wrangling.