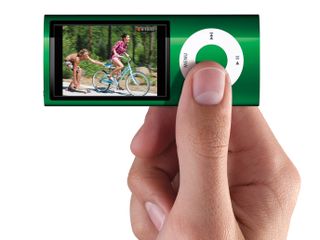 Apple has ignited controversy in the music industry this month, with its policy to charge music labels $10,000 in design fees for its new iTunes LP format, even though the format seems to be based on open web design technologies.

And while there are already developers out there designing their own iTunes LPs, it doesn't look like Apple has any plans to let third-party designers in on its new music format action.

Ars Technica notes that the insides of iTunes LP "are built with standard Web technologies: HTML, CSS, and JavaScript complemented by graphics, audio, and video media" which would suggest that any web designer worth his or her salt should be able to design one.

Not so. And independent music labels are already calling Apple out on its latest decision to monetize older well-established bands and musicians at the expense of helping to promote and break new music.

The aforementioned devs at iLongplay shown how easy it is for an independent designer to compile an iTunes LP, even without Apple's TuneKit frameworks or guidance from Cupertino.

Perhaps the costs of designing iTunes LPs will fall with the introduction of the Apple 'iTablet' early next year. We can only hope so, as there really are only so many formats that we need to re-buy all our Dylan albums in, after all...