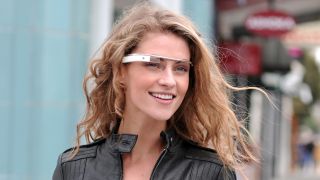 Patent published six years after it was filed

Google's Project Glass has been one of the biggest tech stories of 2012, but it seems that Apple was thinking about a similar pair of AR specs as far back as six years ago.

Earlier this week the USPTO published a patent Apple had originally applied for in 2006, which certainly makes for interesting timing given Google's recent re-reveal at its I/O conference.

The filing speaks of "methods and apparatus, including computer program products, implementing and using techniques for projecting a source image in a head-mounted display apparatus for a user."

It remains unclear whether Apple is envisioning such a project, given that the name on the patent is iPod mastermind Tony Fadell, who has now left the company to pursue his own endeavours.

The rest of the text relating to the patent is - as a lot of these documents tend to be - quite vague.

It mainly pertains to the method of projecting images in front of the users eyes and does make reference to connectivity to an external 16:9 device.

The major difference between Apple's patent filing and what we know about Google glass is that information is projected to both eyes, using a head mounted display

As the patent was filed six years ago it's unclear whether this tech remains in Apple's thoughts.

Perhaps the publishing of this patent is a result of Apple chasing it up with the USPTO in order to remind Google to beware of a potential infringement? Please don't tell us another patent war is brewing though.