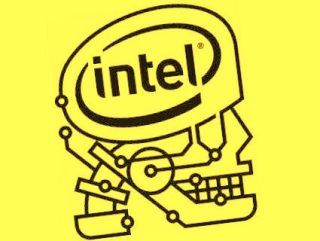 When Intel revealed its original dual-socket, eight-core desktop platform last summer it looked like a knee-jerk reaction to AMD's similar Quad FX technology. Known as the V8 platform, it was little more than a collection of hastily thrown together Xeon workstation components.

Both the quad-core 65nm Xeon processors and 5000X motherboard that formed the basis of V8 were essentially off-the-shelf hardware, albeit the very finest Intel could offer.

Fast forward to early 2008 and Quad FX is no more. A struggling AMD has killed it off in favour of focusing on the basics, including bugs fixes for its new Phenom and Opteron quad-core processors.

Intel, by stark contrast, is currently enjoying a period of almost unparalleled success in its core computing division. But despite the lack of competition from AMD, Intel is sticking with the dual-socket desktop concept.

But along with an upgrade to the latest CPUs and chipset, Intel has taken the time to polish Skulltrail into a more convincing platform for desktop computing enthusiasts.

Heading up the astonishing component list is a pair of 45nm Penryn-family quad-core processors running at a screaming 3.2GHz and each boasting no less than 12MB of L2 cache memory.

This time around, Intel has branded the chips with more familiar desktop nomenclature to create the Core 2 Extreme QX9775. Exotically priced at an estimated £800 each, the QX9775 is the only Core 2 CPU model available at launch for the Skulltrail platform. Intel won't be drawn on its plans for releasing faster - or for that matter slower and cheaper - Core 2 chips for the Skulltrail platform.

However, thanks to the use of a conventional LGA771 Xeon processor socket, the QX9775 is not the only option. Any LGA771 Xeon DP processor is supported. That includes the likes of Intel's high efficiency Xeon chips, a fact which is highly relevant given the power consumption implications of running two quad-core CPUs in a desktop system.

Specified with a pair of QX9775 processors, Skulltrail has a minimum power supply requirement of 1000 Watts.

Factor in its theoretical support for four graphics chips rendering in parallel (more on that in a moment) and the minimum requirement balloons to 1,400 Watts. It's also worth noting that mixing and matching of processor models is not possible. Both chips must be identical.

On the motherboard side, the D5400XS is closely related to Stoakley, otherwise known as Intel's 5400 series server and workstation platform. Stoakley's main claim to fame is independent 1,600MHz processor buses for each CPU socket. It also packs a pair of memory controllers and hence a grand total of four memory channels organised into two branches.

Both are measures designed to increase the data bandwidth available to the CPUs, traditionally a weakness of Intel's northbridge chip-based bus and memory controller. In theory, Intel claims, each branch is provides a beefy 12.8GB/s of memory bandwidth.

The pros and cons of Skulltrail

Impressive as all that sounds, it could actually be better. Thanks to the Xeon-derived chipset, Skulltrail's memory support is capped at 800MHz DDR2 in contrast to the 1,333MHz DDR3 capability of its best desktop chipset. What's more, it also requires fully buffered (FB) memory DIMMs. And FB-DIMMs do not come cheap.