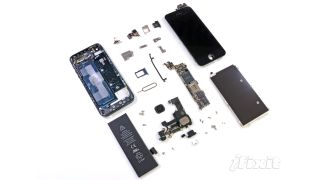 80 per cent of Samsung's 2012 revenue from producing microchips came from sales to its direct rival, Apple, according to analysis by Digitimes.

In that same year, Samsung spent US$7bn (about AU$7.2bn, £4.5bn) to upgrade its range of foundries (specialised microchip factories). US$4bn (about AU$4.2bn, £2.6bn) of that went to a site in Austin, Texas, which is the same plant that produces Apple's iPhone 5 and iPad microchips.

The notorious Taipei based tech news site, which is known for sometimes questionable Apple predictions, says that seven companies make up the remaining 20 per cent of Samsung's foundry revenue.

Apple and Samsung have been locked in a much publicised and ongoing legal battle, so this revelation of a more symbiotic relationship will come as a surprise to some.

It is understood that Apple is locked into a contract with Samsung over chip production. The contract will reportedly expire next year and Apple are looking to move its business to Samsung rival, the Taiwan Semiconductor Manufacturing Company, which could be a serious blow to Samsung's chip production profits.

Via Digitimes and Phonearena