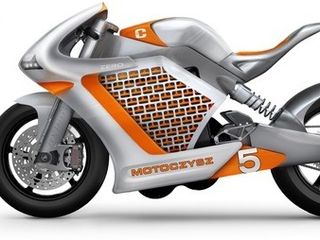 The world's first electric superbikes race takes place next month, but are electric vehicles really the future of eco-friendly transport for our cities?

London mayor Boris Johnson has unveiled detailed plans to turn London into the 'electric car capital' of the world.

Johnson announced the plans for London in Seoul this month, claiming that he wants to see 100,000 'leccy cars in the capital "as soon as possible" and has plans to install 25,000 car charging points by 2015.

Johnson plans to create a "Dedicated Electric Vehicle Centre of Excellence" (DEVCoE) in the Greater London Authority (GLA) to liaise with other member cities of the Climate Leadership Group – such as Seoul, Los Angeles, Hong Kong, Toronto, Delhi, Sao Paulo, Beijing and Sydney – that are also working on similar developments to encourage electric car take-up in the world's major cities.

However, there are numerous, increasingly louder voices of dissent in the electric car debate – the latest of whom is Richard Pike, head of the Royal Chemistry Society.

Pike writes in a recent report published in Research Fortnight that: "The myths of the electric car centre on its energy efficiency, reduced carbon emissions and low operating costs…Unfortunately, none of these are true."